IMPORTANCE OF SPAYING / NEUTERING YOUR PET

Why Adopting A Pet Is Beneficial

You’re ready to invite a new pet into your...

Will My Plant Kill My Cat?

Plants not only make the air we breathe, but...

It is that spooky time of the year again...

The Importance of Senior Vet Care

Pets age faster than humans; every dog or cat...

How to Keep Your Pet Safe During Summer Parties

Summer celebrations, parties, and outings are a great time... 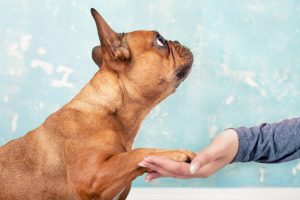 It can sometimes be scary to think about having your cat or dog ‘fixed’ when there really isn’t something ‘wrong’. We’re here to help eliminate some of that fear and confusion around “fixing” your pets, so you can make a more informed and relaxed decision.

What Does It Mean to Spay or Neuter a Pet?

Feline reproductive surgery is used to sterilize female cats, while canine reproductive surgery is used for male dogs. The surgeries are performed by veterinarians to prevent unwanted pregnancies in both pets and humans alike. This procedure will not affect your pet’s quality of life or personality traits whatsoever. In fact, it has been shown time after time that animals who undergo this procedure lead happier lives because they are no longer burdened with the responsibility of providing their owner with more offspring than they are equipped to handle.

When Is It Performed?

The optimal time for Feline Spay surgery is between 8 weeks and 5 months old, while Canine Neuter surgery is ideally performed when the dog or cat reaches 6 months of age. This means that you can have your pet fixed before they are sexually mature to eliminate the possibility of your pet getting pregnant. The surgery is performed before the animals go into their first heat cycle which will happen between 6 months and 1 year old, depending on the breed. This provides you with a great opportunity for both Feline and Canine Reproductive Surgery well ahead of time so that your cat and dog will not become pregnant.

Which Animals Can Be Fixed?

Feline Spay surgery is most performed on female cats, but it can also be done to male cats; however, this would require the removal of both testicles. Canine Neuter surgery is almost exclusively performed on male dogs, while a few select breeds may also can be spayed; however, we strongly suggest that you consult with your veterinarian first. We do not recommend the Feline and Canine Spay and Neuter procedures for animals who are pregnant, or nursing as induced anesthesia can pose a risk to unborn litters or newborns.

What Are the Benefits?

Sterilization surgery makes several positive changes in your pet’s life. This procedure eliminates the chance for pregnancy and mating, which will make your cat or dog extremely happy. You will not have to worry about all those midnight trips outside anymore as they are no longer looking for a mate. In addition to this, sterilization also reduces the number of unwanted litters and has been shown to reduce the number of cats and dogs that end up in animal shelters and rescues. It reduces the overall population numbers and helps lessen the population of stray animals which are often euthanized because they cannot find homes, usually due to overpopulation. This procedure is also known to reduce aggressive behaviors associated with mating and in males, fighting.

What Are the Risks?

At this point, you should know all there is to know about the importance of spaying and neutering your pet. The benefits are numerous and it’s an easy procedure that can be done at any age! If you’re still undecided or don’t want to go through with the surgery for other reasons – we have a team of experts waiting by who would love to answer any questions or address any concerns that you may have.

VISIT OUR STATE OF THE ART OFFICE

REQUEST YOUR NEXT VISIT TODAY!